Cricket and ICC events were able to attract a massive global audience and captivate both newcomers and longtime followers alike, as evidenced by the strong TV broadcasting figures across the world, particularly in host nations Australia and the UK on the back of England’s success.

The ICC’s efforts to bring fans closer to the event were reflected in the positive digital numbers, whether through showcasing Australia through the ‘Big Time Preview Shows’ or through collaborating with the participating Members to take fans inside the dressing room, as with this speech by Babar Azam following the loss to India or into a nets session with Rohit Sharma.

As part of their partnership with Meta, the ICC has introduced the Reels Squad, a group of prominent Indian creators who aim to entertain tens of millions of cricket and non-cricket fans with comedic skits starring prominent players. One such piece of original content, featuring Kagiso Rabada and written in Hindi, attracted 28 million views.

Also, Read More : One Minute Down Next Minute Up

The partnership with Meta increased fan engagement by over 50%, resulting in over 6.1 billion video views across the ICC’s Facebook and Instagram pages.

Broadcast-wise, Australia 2022 had a global dedicated TV audience of 1.28 billion. There were 3.95 billion hours of total viewing time, 365 million of which came from online streaming services.

Compared to the previous Men’s T20 World Cup in 2021, live streaming consumption increased by 149 million viewing hours, indicating a shift in customer habits and the way live coverage is being consumed.

The most-watched match of the tournament, India vs. Pakistan, garnered 256 million viewing hours in India thanks to coverage in key markets.

Multilingual coverage in Hindi, Tamil, Telugu, and Kannada across the Star Network and Hotstar contributed to a 4% increase in average live linear TV viewership in India in comparison to the most recent ICC men’s event held in Australia.

Viewers in the United States watched the Star Sports Hindi feed on Willow TV and ESPN+, while Australians watched it on Fox Sports.

Fans in Afghanistan can watch the game in Pashto and Dari on ATN, and thanks to ESPN’s efforts in regional languages, the game was broadcast live for the first time in Portuguese in Brazil.

That’s because of how well England played; Sky Sports aired exclusive coverage of every game, and Channel 4 broadcast the championship game for free.

Finally, Fox Sports and Channel Nine saw a 455% increase in linear TV viewing hours in Australia compared to the successful 2021 campaign, despite Australia failing to advance past the Super 12 stage.

Also Read More: How many sports are played in Pakistan?

Before the India vs. Pakistan match, Star Sports launched a new marketing campaign called “Bahut Hua Intezaar,” which capitalised on the widespread excitement surrounding cricket in India in order to reach and pique the interest of the country’s avid followers.

Fox Sports’ “Don’t Miss A Thing” campaign featured current and former Australian cricket greats to assure viewers that all matches would be broadcast live on Fox Cricket without commercial interruptions in the home country.

ICC TV’s world feed production ensured that the event was broadcast by 21 different linear broadcasters and streaming platforms to territories around the world.

Wrap-up shows were produced by Star Sports in five different languages, and broadcasters in Australia, Bangladesh, Pakistan, Afghanistan, and the United Kingdom all made original studio shows for their respective audiences.

“We are thrilled to announce the record-breaking viewership and engagement numbers for the ICC Men’s T20 World Cup 2022,” said Geoff Allardice, CEO of the International Cricket Council.

New and existing fans had access to in-depth coverage of the event on the platforms most important to them thanks to the event’s innovative approach to content creation, collaboration with the competing teams, and use of cutting-edge technology.

He went on to say that the numbers were proof that cricket was a worldwide phenomenon. “These outstanding numbers demonstrate our fans’ appetite for ICC events and the depth and breadth of the global reach that cricket enjoys across the world,” he said. 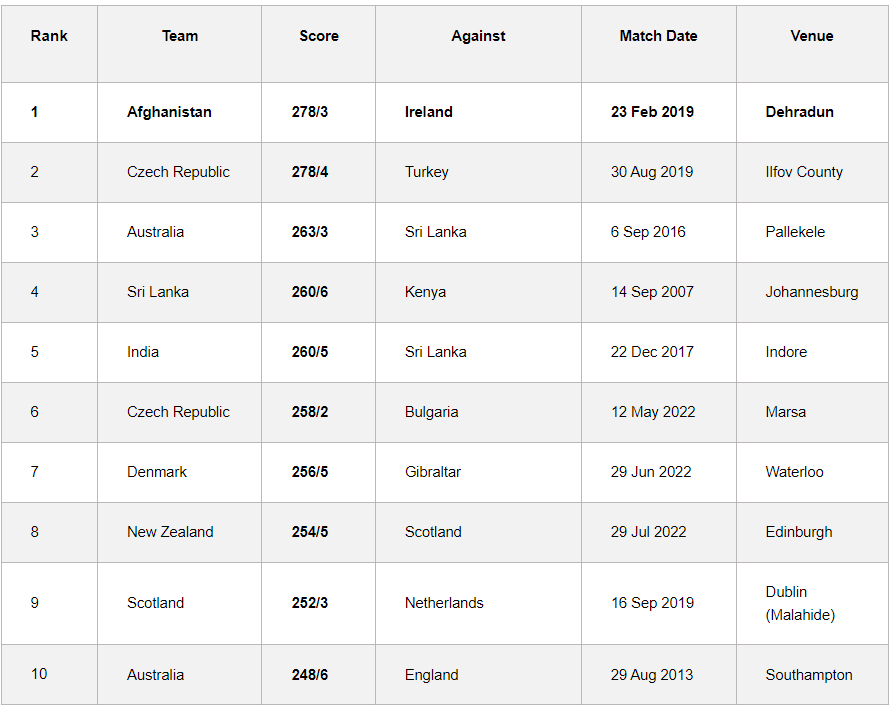 The Twenty20 format of international cricket is the quickest and, arguably, the most exciting version of the game. It’s thrilling for everyone involved, from the players on the field to the spectators in the stands and at home watching on television.

I hope you have gained something from the above As of today, the International Cricket Council (ICC) has announced that the ICC Men’s T20 World Cup 2022 was the most digitally engaged ICC event to date, with 6.58 billion video views across all ICC platforms, breaking the previous record set by the Men’s T20 World Cup 2021 by 65%. The above information is good. Thank you for reading this information.